How A Turbo Works - What's a Turbocharger?

So, you have a turbo, you fancy rebuilding or upgrading it but you don't know how it works? Well, let's give you a basic introduction to how a turbo works!

We all know basics of the combustion engine: AIR, FUEL, IGNITION.

In general terms, more fuel is more power but as long as mated with the correct ratio of air.

With a turbo, the wasted exhaust gases pass through the Turbine Housing of the turbo via the Turbine Shaft, this in turn begins to spin. On the front end of the turbo is a Compressor Wheel. This is located in the Compressor Housing with a pipe which is fed from your air filter/cone filter. As the Shaft begins to spin, so does the Compressor Wheel. This begins to draw air in from the intake, compressing it into the compressor outlet. The outlet is then fed through the car's intercooler (we can touch lightly on this later) then onto the engine's inlet ready for the engine cycle.

Obviously, the more revolutions your engine is producing per minute results in more exhaust gases. More exhaust gasses make the Turbine Shaft Speed increase. If this process was allowed to continue then the turbo would destroy itself every time it was held on throttle for more than a few seconds. For this reason, some sort of control is needed.

Most cars run an internal wastegate. This works by a flap in the Turbine Housing controlled by a sprung loaded Actuator. Once up to a speed you set via the Actuator, the pressure in the Turbine overcomes the spring strength in the Wastegate Actuator which pushes open the Wastegate flap. Now that this flap has opened, gasses can escape straight through to the exhaust by passing the Turbine Shaft, hence not speeding the turbo any further. Clever, eh?

Now we have the control, we can set what boost pressure we wish to run - any more than our set amount and the wastegate opens to limit boost pressure. If at any point we want to tune the car and increase the boost pressure then you simply need to adjust the Actuator or fit a stronger spring if boost pressure still overcomes its strength. Simple yet very clever!!

We mentioned the intercooler previously, although we won't go into this in detail, let's get an idea what it's there for. Exhaust gasses are hot, very hot. These pass through the Turbine Housing so introducing high heat into the turbo. The turbo, in most cases, are of a journal bearing design, the lubrication system is fed from the engine's lubrication system, so,again, heat is introduced. As with any rotational parts, friction plays a big part resulting in, yes you guessed it, MORE HEAT!

What we have learnt here is turbos get hot, very hot! in fact, if the car has been used hard and you looked at the turbo (better if in the dark) you can actually see the shaft THROUGH THE CAST HOUSING! The heat is that extreme the metal becomes transparent and you can see the inside of the turbo. Amazing! Well to look at, yes, but, for an engine, it's a really bad idea. Generally, engine's air intake is better the cooler it is; colder air is denser, meaning more air per litre etc, as well as more complex reasons but let's use the above to continue.

Air leaving the turbo is fed through an intercooler. The intercooler (usually an air to air make up) is similar to a radiator. The air passes through small cores over a large area with the outside of the cores having thin fins. The idea is, pushing the air through the largest area possible that, whilst moving, has the outside air passing across the cores surface, hence cooling. The idea behind the fins between the cores is to draw the heat from the cores themselves, dispersing to the atmosphere, as well as to help direct the air passing through the core. This process results in a cooler intake temperature after the intercooler than before. 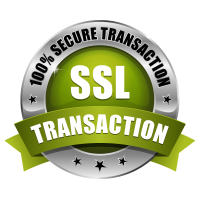